Songs Through Time: Love Will Tear Us Apart

As it was explored last time, there are certain songs that are forever fresh because they are powerfully covered in every era. These are the songs that wriggle their way into the minds of listeners, and moreso into other creators. They're inescapable and beg to be reborn in new, interesting and revealing ways. One of the most successful, constantly covered songs is the timeless and heart exploding Joy Division hit, “Love Will Tear Us Apart.” Part of it is that the song was a legend in its own time having been released just before Joy Division frontman Ian Curtis committed suicide. But the song has outlasted the initial myth-making and found new audiences who latch onto something else in its dark reflections, spacious '80s sound and catchy driving melody. When Nouvelle Vague covered it in their 2004 self-titled debut in slick bossa nova form, they stripped it of its urgency and made the tragedy of the relationships seem relaxing, which is a whole new tragedy unto itself. It's a cover that reveals to us that you can change the whole sound and atmosphere, but if the lyrics remain (“Resentments ride high, emotions won't grow”) you can never fully lose the powerful weight of a song. There are different ways to perform surgery on a song. Indie titans Broken Social Scene took a stab at it on the soundtrack to The Time Traveler's Wife, and they removed any semblance of pop riffs in favor of something that brings slow motion drowning to mind. Kevin Drew apparently tries to do a distorted imitation of Ian Curtis' voice, which may be a little odd, but it's a dramatic performance all the same. Nouvelle Vague giggles, and Broken Social Scene bellows. Even simplifying a song to its barest elements will do things to the message. Evelyn Evelyn, a duo made of Amanda Palmer and Jason Webley, have the song set to a ukelele and a large, empty room. Palmer whispers sickly into the mic and Webley is a somber monotone, but the most telling change is that this is now a duet. What was once Curtis' painfully personal expression of defeat is suddenly the saddest agreement. It's one thing for one speaker to lose hope, but to hear it in a quiet call & response style shows that “Love Will Tear Us Apart” has plenty of darkness to mine. Yet one of the most notable covers of the song in recent times, and one of the most straightforward is singer-songwriter Jose Gonzalez's acoustic take. It's the type of cover that is so effortless and organic that a newcomer might assume the song is meant to be this way. It approximates everything from the building drum hits to the subtle urgency shifts with nothing more than a six-string guitar, and that's amazing and infectious. Breaking a song down to its bare sonic elements, the way a lot of VSQ songs do in fact, has the best results when it retains the pieces that are more than just notes and instruments. It's energy, mindset, story and all the other intangibles that aren't easy to translate. Jose Gonzalez's version isn't quite the new wave despair of the original, but it's remarkably faithful to the other parts that matter most.

Get to Know: New Order

Sometimes when we’re sitting around the office thinking about songs we like, we realize that there are certain tracks that we know all the words to, even though we don’t know anything about the band that’s singing them. New Order is one such example, and so, we give you the history of New Order, in, uh, chronological order. 1980: Bernard Summers, Peter Hook and David Morris, the remaining members of Joy Division, form New Order after the suicide of JD singer Ian Curtis, who killed himself the day before New Order was set to embark on their first American tour. Said Hook: “We didn't cry at his funeral. It came out as anger at the start. We were absolutely devastated: not only had we lost someone we considered our friend, we'd lost the group. Our life basically." 1981: New Order’s first album, Movement, is released and contains the successful single “Ceremony.” The album continues Joy Division’s trademark dark, melodic synthesizer based songs, although a change in musical direction would happen this same year, when the band discovers post-disco, latin and electronic music in New York. 1983: The band releases Power, Corruption and Lies, which unveils their new dance sound. They also release their hit “Blue Monday” as a single, and fans are angry that the track is not included on the new album. 1985: The band releases Low Life, which contains the single, “The Perfect Kiss,” the video for which is shot by revered director Jonathan Demme. The band gets further exposure when their single “Shellshock” is included on the Pretty In Pink soundtrack. 1986: The band releases Brotherhood, a double album which explores both the group’s darker, rock tendencies and more upbeat synthesized dance sounds. The album contains the massive hit “Bizarre Love Triangle,” which currently occupies spot 204 on Rolling Stone’s list of the 500 greatest songs of all time. 1989: The group’s next album, Technique, explores a more Mediterranean acid house musical style, (much of it was recorded on the Spanish island of Ibiza), and enters the  U.K. charts at number one. New Order supports this album by touring with Bjork’s then group, The Sugarcubes. 1993: New Order go on hiatus between 1993 and 1998, allowing all members to participate in various side-projects. The band reconvened in 1998, and in 2001 released Get Ready, their first album in eight years. September, 2011: Bassist Peter Hook will play a series of shows with his new band Light in the United States. For these concerts, Hook will perform Joy Division’s Substance and Unknown Pleasures in their entirety. September, 2011: New Order reforms, sans Peter Hook, and announces plans to tour. Hook is “saddened by this news, saying “I’m gonna say it’s not New Order. It’s some members of New Order going out as New Order. It’s like me saying I’m going out as Joy Division.” Be sure to check out: The String Quartet Tribute to New Order and Joy Division 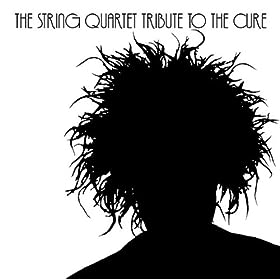