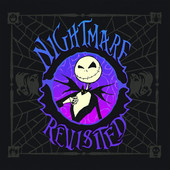 We know you know and love Vitamin String Quartet’s gorgeous orchestrations of assorted rock and pop classics, but how much do you about the five mega-hits covered for their 2010 hits tribute? If the answer is ‘next to nothing,’ fret not, we’re here to help. Dog Days Are Over: This infectious jam by Florence and the Machine was originally released in 2008 and inspired by an art installation by Swiss artist Ugo Rondinone. This installation stated, “The Dog Days Are Over,” and hung over London’s Waterloo Bridge. It was here where singer Florence Welch saw it when she rode her bike over. You can guess the rest. F**k You: This retribution ballad from the solo album of Gnarls Barkley’s frontman Cee Lo Green reached number one on the charts in The Netherlands, The United Kingdom and Israel. It reached the top ten in countries including Australia, Hungary, Spain and Sweden. The video features the Motown-infused song being Animal: This frenetically paced rock pop hit by Utah based Neon Trees reached #13 on the U.S. charts. Of the lyrics, vocalist Tyler Glenn explains, ““In general, when humans are in love we're like animals.” Little Lion Man: This wistful, string-based song by English folk rockers Mumford & Sons is nominated for a Grammy in the “Best Rock Song” category. Singer Marcus Mumford has said that the song is so personal to him that explaining the lyrics is “awkward” for him. Radioactive: Mumford & Sons face off against the Kings of Leon for the Grammy’s “Best Rock Song” award. The Kings’ nominated “Radioactive” was the first single from their fifth LP Come Around Sundown. Available now on iTunes and Amazon

In honor of the 52nd Grammy Awards that are coming up this weekend, we've put together a iMix of our favorite grammy nominated tracks performed by none other than, you guessed it, Vitamin String Quartet. Listen out your favorite songs from 2009 reinterpreted with the classy edge and warmth that only stringed instruments can provide. Click here to download

If you still want to rock out to your favorite songs but fear being shushed in the study hall, The Vitamin String Quartet has transformed dance party anthems into sophisticated string arrangements to accompany you and your homework assignments. Violin, viola and cello minimize the racket yet maintain the raw energy in songs such as "15 Step," "Sex on Fire," and "Viva la Vida." You'll be living the good life with this instrumental tribute as you get your tunes and your A+. Tracklist: 1. 15 Step - Radiohead 2. The Way We Get By - Spoon 3. Sex on Fire - Kings of Leon 4. Soul Meets Body - Death Cab for Cutie 5. Viva La Vida - Coldplay 6. Good Life - Kanye West 7. Across The Universe - The Beatles 8. Blister in The Sun - Violent Femmes 9. Rebellion - The Arcade Fire 10. Between The Bars - Elliot Smith