There's Nothing Wrong With Dad Wrong 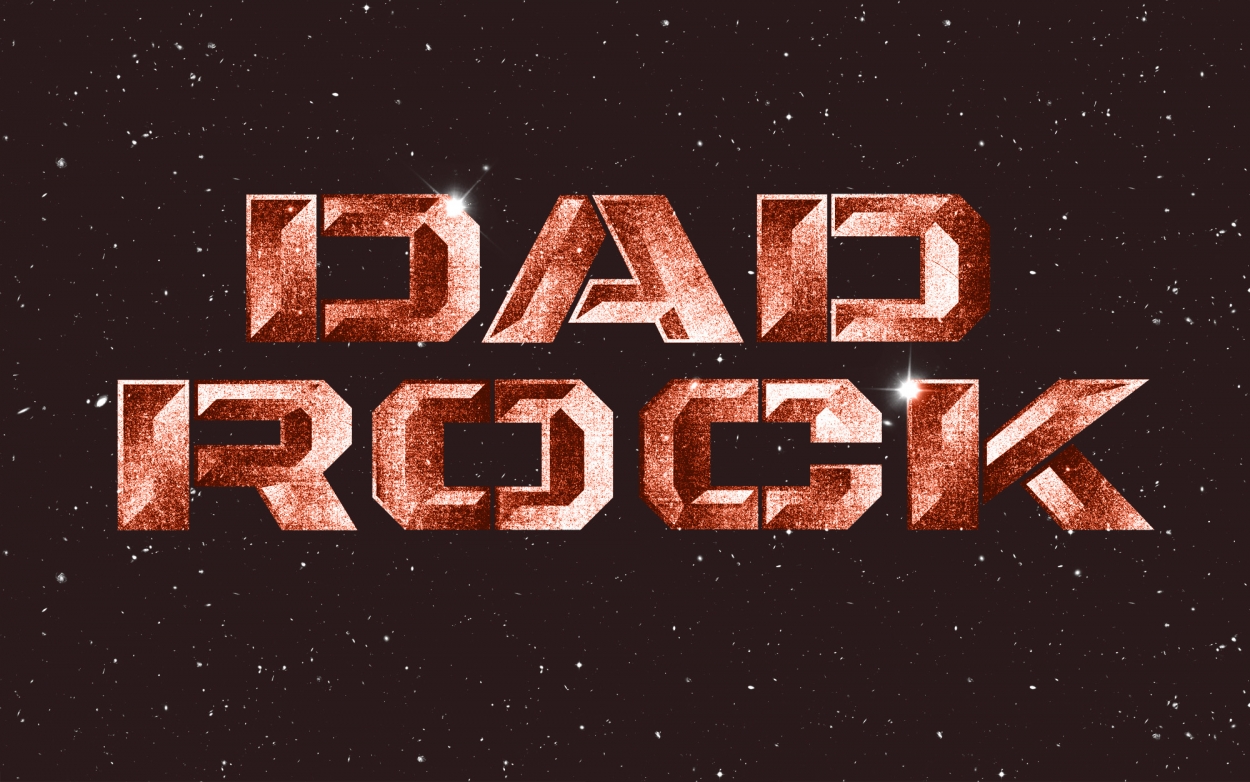 A quick Google search for the phrase “Dad Rock” brings up 200,000 results. The top hit is an Urban Dictionary definition, followed by an interview with Jeff Tweedy of Wilco, where he reclaims the term and defends his music's relation to it. While this goes on, just months ago The Toronto Standard wondered if the new Feist album was more pleasant dinner party soundtrack and less innovative than the Top 40 scene it's supposed to contrast. It's an interesting question. These are all fixations on the same small fear, wriggling in the back of our minds: Our vital, cutting edge youth culture may have unknowingly accepted a bunch of boring music our parents would like into our ranks.

Music criticism has embraced the term “Dad Rock” for years now. It's meant to easily categorize and identify music that is too traditional, too conservative, too content with being easy and comfortable. In a word: boring. If MTV can be marketed as, “This ain't your daddy's music,” then anything that goes against their ideals must surely be your daddy's music. And for some reason, that's terrible. The problem with the term “Dad Rock” and attaching it to all “safe” music is that it's a broad, easy dismissal. The word allows people to get away without deconstructing music further, acknowledging what does and doesn't work. It doesn't matter if it's Wilco, or Feist, or Bon Iver. If it veers a little too close to Phil Collins or Fleetwood Mac, it can be written off with a shrug. “Meh – Dad Rock.” If the idea is that boring music is bad music, I'm right there with you. But adhering to an out-of-fashion, middle of the road tradition, without any snarl or attitude, is not synonymous with boring. Even the radical cutting edge of music can put out some real, soulless clunkers. Who hasn't felt compelled to skip track after minute 9 of a repetitive techno beat? The complaint of Dad Rock isn't really about Dad Rock; it's about music critics faced with something that is so normal it doesn't fit into the many waves and genre movements in modern music. How we came to this point has everything to do with the misleading nature of the term. Indie rock culture is generally intent on being against the grain, an alternative to alternative that everyone is still struggling to completely define. In this conversation, we found ourselves going against the grain for so long that the grain isn't even in the picture anymore. It turned out, that after so much of the rebellious, arty ideals of indie culture became commonplace in everything, suddenly the grain was the outsider. It was a challenge to take the uncool and make it cool. It strikes me that embracing traditions like adult contemporary shouldn't be inherently bad. Like anything else, it's a move that can be done well or poorly, and we've done pretty well of sussing out the cream of the crop so far. If your sweater vested father walks into your room where you're blasting Sky Blue Sky and he gives you a thumbs up, feel no shame. I wonder sometimes if the fear of falling into Dad Rock is tied directly into the fear that we are becoming our parents, or that we are getting older and less interesting. But that fear is never properly combated by broad dismissals of some great music traditions. In doing so, we've unknowingly recreated that poisonous conversation about what is and isn't trendy. So the new Kathleen Edwards isn't particularly innovative or even fresh. If youthful indie culture is to be as counter cultural and diverse as it claims to be, then it can embrace a broad palette of sensibilities – even the conservative dinner party kind.

Five Fall Albums to Be Stoked For

The leaves are changing. The air is getting crisper, and the title of this piece is self explanatory. Here we go with the music….

Jeff Tweedy and the crew explore the realms of punk while embracing the classic American rock that they’ve done so well for more than 15 years for this their eighth studio album, and Wilco’s first on its own recently formed label, dBpm Records. 2. Blink 182 – Neighborhoods (9/27)

Yes, that’s correct, they're the same Blink 182 you remember from basement high school house parties. (And dammit if “Dammit” isn’t still a great song.) The reunited trio based Neighborhoods heavily on a slew of beats that drummer Travis Barker concocted late in the recording game, which caused this album’s release date to be pushed from last spring. Singer/guitartist Tom DeLonge tells Rolling Stone: “We always had more potential than we were living up to. Hopefully from this point forward, we’ll be able to show that.” We hope so, too. 3. Feist – Metals (10/4)

Leslie Feist and her troop recorded the followup to 2007’s The Reminder in a converted barn in a remote part of the central Californian coast. So it's no surprise that Metals is a raw collection of songs that Feist herself says is about “good people screwing each other up.” We like the sound of that. 4. Björk – Biophilia (10/11)

Björk has always been a bit of an odd duck, which is why we love her so. With this seventh studio album, Biophilia, the Icelandic singer returns to form with a collection of songs about plate tectonics, lunar cycles and DNA. Each song also has its own iPad app. All hail the queen of strange. 5. Coldplay – Mylo Xyloto (10/24)

England’s Coldplay spent the past two years recording their fifth studio album with a bit of help with musical genius Brian Eno. Coldplay drummer Will Champion told Rolling Stone that the legendary producer created a list of ten rules for the band to follow while recording, one of which was “thou shalt make music like an Italian cook, with simple and strong flavors.” It sounds like advice one might get from singer Chris Marten’s wife Gwyneth Paltrow. Either way, we’re down for a taste. Be sure to check out: The String Quartet Tribute to Bjork: Violently

Avilable now at iTunes and Amazon

Wilco has left their old label, 'Nonesuch', after releasing four albums with the company. Now the band has decided to move forward on its own, starting their own label, called 'dBpm Records'. The label will release all future Wilco recordings, as well as other releases, and will be run by the band's manager Tony Margherita. The label will get distribution help from California label 'ANTI-'. In July, guitarist Nels Cline noted that the band was splitting with Nonesuch and mentioned the possibility that they would put out limited-edition releases in a vein similar to Jack White's Third Man Records. "There's going to be funny things to come out. There might be a 7-inch or something, a little souvenir when we do [Wilco's curated Solid Sound Festival]." Responding to the announcement, front man Jeff Tweedy noted,

"This is an idea we've discussed for years. We really like doing things ourselves, so having our own label feels pretty natural to me."

While the common practice is for new artists to cover old ones, I find it much more interesting when it’s the other way around. In fact, there are a lot of old crooners that are doing contemporary cover albums lately, look at Johnny Cash’s last few records before he died. Here’s a list of some crazy matchups that could be amazing.

Joni’s sultry voice is a good fit for this Amy Millan led song off Stars’ album Heart. Hell, anything Joni sings is good enough for me, really.

9. LCD Soundsystem’s “All My Friends” covered by Earth, Wind, and Fire

This song is an intense dance anthem that gets more insane by the verse. Imagine if this group funked the hell out of it? That pounding piano track with some brass and some booty shaking? Yes please…

When Thom Yorke’s falsetto comes in near the end, when it gets really into swing, that’s when Prince would step in with some sexiness. He’d probably add like a 10 minute solo to the end of this. If he did one hell of a job with “Creep” why not this song?

This song works well with the organ of course, but what about some clavinet? Stevie can sing anything with some intensity, and this bible-based reflection would be a good fit for his touch.

6. The Decemberists’ “On the Bus Mall” covered by Paul Simon

Paul Simon liked to tell stories, just like the Decemberists’ Colin Meloy, though Paul’s were somewhat contemporary. Colin prefers pirates and powdered wigs. Still, this gentle song would be a good place for Paul’s poetic musings.

5. Wilco’s “I Am Trying to Break Your Heart” covered by Tom Waits

Part of the magic of this track originally is Jeff Tweedy’s rough sounding voice, it’s like he just cried for 3 hours and then came in to record. Such a feeling could be duplicated ten fold with Tom Waits stepping in.

4. Hot Chip’s “Boy From School” covered by Sly and the Family Stone

If someone could coax Sly out of his hole long enough to play some music, this Hot Chip standout could get serious funk under it. Hot Chip with a live drummer always gets the heads shaking, as proven each time they steal LCD Soundsystem’s drummer for a show.

This song has such an old feel to it that you’d swear it was a cover already. James Taylor could give this song is personal touch by pretty much playing it straight, it already feels like he could have wrote it.

2. Dirty Projectors’ “Stillness is the Move” covered by Aretha Franklin

The Amber Coffman led standout from Bitte Orca already feels like an old R&B classic. Let Aretha get up there and show you how it’s done, Amber. Don’t worry, she’ll kill it.

While Dylan’s voice isn’t quite as quality as days gone by, the closer to Bon Iver’s beautiful For Emma, Forever Ago is made for Dylan. It’s sparse, but very rhythmic and lyrically driven. The best part is that Dylan would make it a new song altogether, adding his own brand of genius to the already solid track.