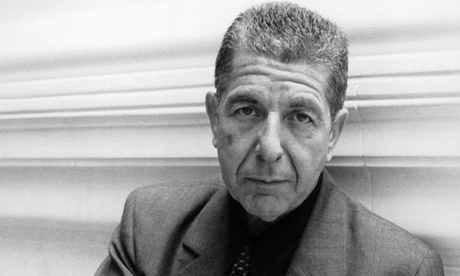 There is definitely a danger in covering a song too many times. It can become grating the way overplayed songs on the radio can be grating, and at its worst, it can dilute the power of the original.  Leonard Cohen's “Hallelujah” is certainly in the overcovered class, (Cohen himself has entertained the idea of calling for a moratorium on covers, though he ultimately decided otherwise) but because of its invincible gravity and writing, it has remained a sweeping and meaningful song since 1984. The original is a little weird. Because it was overshadowed in pop culture by Jeff Buckley's later rendition; many fans of the song haven't even heard it in its first form. It's obviously a product of 1980s production, something Cohen hasn't totally shaken even today, with blunt, fuzzy bass sounds and those distant plastic drums. It's understandable why some may not prefer it to later modernizations, especially given its comical appearance during the Watchmen movie. But no matter how close it comes to MIDI quality instrumentation, it's hard to take away from the deeply poetic lyrics: “She tied you to a kitchen chair/ She broke your throne and she cut your hair/ And from your lips she drew the hallelujah.” John Cale was among the first to get the ball rolling with a cover in 1991, which was recorded for a Cohen tribute album. It's a merely pleasant and basic piano rendition, which might be why it's fallen by the wayside, but it's still notable for including many verses that Cohen chose to omit from his own recording. I think of it as an important baton pass, because it was these lyrics that were passed into Jeff Buckely's iconic version. Were it not for Cale popularizing the new verses, things may have turned out differently in 1994 when Buckley's Grace came about. Here's what makes Jeff Buckley's 1994 cover so good, perhaps even better than the original in some aspects: He understood that the lyrics and melody were the most devastating parts, and built his cover to emphasize those elements. A bright but timeless electric guitar is all the accompaniment he requires, while his voice is given depth with a slight echo. It suits the atmosphere of divinity, and suddenly, the song doesn't just sound great, but important. He reveals the song to be an event. His singing style is sort of like a restrained R&B voice, creating wellsprings of emotion in every line. Cohen's voice was a bold baritone with a lot of weight on the original, but Buckley's singing made the song cinematic. It was such a landmark that many have tried to add their own efforts into the pile with varying degrees of success. In recent history, Britain's Got Talent breakout star Susan Boyle had a version of the song on her Christmas album, The Gift. It plays on the song's heart with calculated vocal work, a slow plodding grand piano and, a choir of children, but it all feels too obvious. While undeniably pretty, adding all of these garden variety flourishes washes out some of the personality and intimacy until it sounds like any other ballad. During the Hope for Haiti telethon came about, Justin Timberlake and Matt Morris performed “Hallelujah” as a duet to some acclaim and better sales. It's a more appealing cover for adding some subtle tension and rising action; when the refrain of “Hallelujah” comes in, that little piano build in the back infuses a tiny bit of urgency that isn't normally inherent into the song. They have the good sense not to milk all the building melody for big, loud hysterics, and understand the song to be affecting in its subtleties - not in how you hit the high notes. Rufus Wainwright, Regina Spektor and dozens of others have tried their hand at the classic, but unlike other popular cover subjects like I Go To Sleep or Love Will Tear Us Apart, the results are never radically different. The reason is likely that the song simply doesn't work in wildly different styles, so it presents a different challenge for artists. What small changes can you make that make your version worth listening to? This is a science that requires far more skill. In a song this popular, not everyone is going to succeed, but the winners stand taller on the mountain of failures.

Be sure to check out