From Stage to Screen: Movie Soundtracks by Musicians A great movie or song, alone, can inspire powerful emotions. But combined, sounds and images can amplify the sensation. The Smiths' guitarist Johnny Marr, who worked on the soundtrack to Dennis Hopper's film Colours in the late-1980s, said he enjoys working on movies because “You're not restricted to working on something between three and five minutes long … It also can be quite solitary and it's nice not to have to please four or five other people.”

Film and sound existed separately in the early 20th century, but they ended up cementing a lasting complimentary relationship with each other, from the first feature length sound film in 1927, The Jazz Singer, to music videos today. Our minds love that sync of auditory and visual senses – whether it’s unintentional, like The Wizard of Oz synching with Dark Side of the Moon, or intentional, like the music and movie collaborations that follow: Jónsi (Sigur Rós) – We Bought A Zoo (2012) Some music seems to conjure up movies instinctively, as in the instrumentally and emotionally rich soundscapes of Sigur Rós, fronted by guitarist and vocalist Jón “Jónsi” Þór Birgisson. For those of us wishing that Jónsi would follow us around playing a soundtrack to our lives (and have to settle for iPod daydreaming), we got the next best thing – he scored a movie, We Bought a Zoo. Director Cameron Crowe encouraged Matt Damon, Scarlett Johansson and the other actors in the film to listen to specific Sigur Rós songs so they could create the right energy for a scene: “the actors listened to the music during their takes; it quickly became part of the film’s DNA.” When Matt Damon finally confronts the iPhotos of his deceased wife that come to life around him in a sonic and sentimental crescendo, a little watery DNA can’t help but moisten the eyes of the audience as well. Trent Reznor (with Atticus Ross) - The Girl with the Dragon Tattoo (2011) After winning a 2010 Golden Globe and Academy Award for their work on The Social Network, Trent Reznor and Atticus Ross decided to pair up again to take on another David Fincher film, the highly anticipated The Girl with the Dragon Tattoo. Delicate chimes and thin pianos mixed with ferociously plucked strings and ominous bass create just the right amount of foreboding tingles the movie calls for. As the founder of Nine Inch Nails, Reznor seems naturally drawn to the darker side of the music spectrum. This especially comes out in his raw cover of Led Zeppelin’s “Immigrant Song” with Yeah Yeah Yeahs’ singer Karen O during the movie’s opening sequence with a vigor that carries on throughout the film. Johnny Greenwood (Radiohead) – There Will Be Blood (2007) If the images in Paul Thomas Anderson’s There Will Be Blood don’t scare you, the 80-piece in-your-face string orchestra will. Expanding on Radiohead’s already instrumental-heavy technique, guitarist and composer Johnny Greenwood’s score was well received and nominated for a Grammy. From the brooding lows to the quivering highs, the dissonant, disturbing and always loud strings act as a separate character in the film, adding an eerie personality to an already unsettling setting. Neil Young - Dead Man (1995) Leave it to Neil Young to score a psychedelic western starring Johnny Depp as William Blake, an accountant from Cleveland, as well as Jared Harris, Billy Bob Thornton and Iggy Pop in a dress all sitting around a campfire cooking beans. Improvising on guitar, piano and organ as he watched the film alone in a recording studio, Young provides the perfect rugged and deep jolts of music to go along with the story of a man who wrote his poetry in blood when the west was still young. David Bowie (with Trevor Jones) – Labyrinth (1986) The 1980s were an age of synthesizers. Trevor Jones and David Bowie couldn’t resist mixing the wide-ranging electronic instrument with orchestral ensembles in a hodgepodge almost as strange as the Jim Henson and George Lucas production they scored, Labyrinth. Starring Bowie as both the Goblin King and the film’s composer, the soundtrack has a fittingly ethereal, surreal feel. But the movie’s musical spell is often broken when Goblin Bowie and his minions break out into raucous songs that categorize the film in another '80s cliché of cheesy. Queen - Flash Gordon (1980) Queen’s melodic-dramatic overtures provide a natural soundtrack to a movie – especially one shot in the 1980s about a super hero, like Flash Gordon. And what better way to mimic the film’s ka-pow energy than with extensive use of electrifying synthesizers and overpowering harmonies. After all, Freddie Mercury’s music and performance carried with them a certain theatrical thrill fitting of an action movie. The theme song of the movie, “Flash” is a sonic comic book complete with character dialogue and laser beam sound effects over shouts of “flash!” accompanied by complimentary cymbal crashes. Pink Floyd – More (1969) From Dark Side of the Moon to Ummagumma, Pink Floyd has always voyaged into new and strange sonic territory fitting of futuristic movies like 2001: A Space Odyssey, which Roger Water actually turned down the opportunity to score – something he later regretted. Pink Floyd, however, applied their experimental approach to Barbet Schroeder’s More, a film about a German hitchhiker who falls for an American girl addicted to heroin. Their avant-garde instrumentals and some of their heaviest songs are the perfect backdrop to this mind-bending trip. Be Sure to check out: Per_versions - Vitamin String Quartet Vitamin String Quartet Tribute to Nine Inch Nails Vitamin String Quartet: Strung Out On OK Computer Rusted Moon: Vitamin String Quartet Tribute to Neil Young Vitamin String Quartet Tribute to David Bowie Vitamin String Quartet Tribute to Queen Vitamin String Quartet Tribute to Pink Floyd

Anthony Hopkins gave us the creeps as Hannibal Lector in Silence of the Lambs and will soon scare audiences again when he takes on the role of Alfred Hitchcock. According to Variety magazine, Hopkins is in talks to play the horror auteur in a biopic based on the 1998 book Alfred Hitchcock and the Making of Psycho. The story focuses on the director’s struggle to finance his classic 1960 thriller, the film that reminded us that “we all go a little crazy sometimes.” Vitamin String Quartet’s latest release Blood Curdling Strings!: VSQ Pays Tribute to Horror Classics gives homage to frightful film scores and includes selections from Psycho, Rosemary’s Baby, The Omen of course, Silence of the Lambs and more. Here are some lesser known facts about the leading men in these horror classics: The Shining: Director Stanley Kubrick considered Robert DeNiro and Robin Williams for the lead role of Jack Torrance in this 1980 thriller classic, but eventually deemed DeNiro “not psychotic enough” and Williams “too psychotic.” Although The Shining’s author Stephen King rallied for Jon Voight to play the insane hotel caretaker, the role eventually went to Jack Nicholson. The Exorcist: Nicholson was considered for the role of the young priest, Father Karras, in 1973’s The Exorcist. The part eventually went to Broadway actor Jason Miller, who was repeatedly doused with cold pea soup while filming his first onscreen role.

Nightmare on Elm Street: This 1984 horror flick was Johnny Depp’s first film. The then 21 year old actor was chosen for the role because the producer’s daughter thought he was “dreamy.” Rosemary’s Baby: Warren Beatty turned down the role of Guy Woodhouse, the husband who makes a deal with the devil to boost his acting career. Jack Nicholson was deemed “too sinister looking” for the role, and eventually went to John Cassavetes. The 1968 movie was director Roman Polanski’s first American film and earned him an Academy Award nomination in the Best Adapted Screenplay category. Jaws: Director Steven Spielberg considered acting legend Charlton Heston to play Chief Brody in this 1975 film. The role ultimately went to Roy Schneider. Heston was so annoyed that he vowed never to work with Stephen Spielberg and turned down the director’s offer of a role in his film 1941. 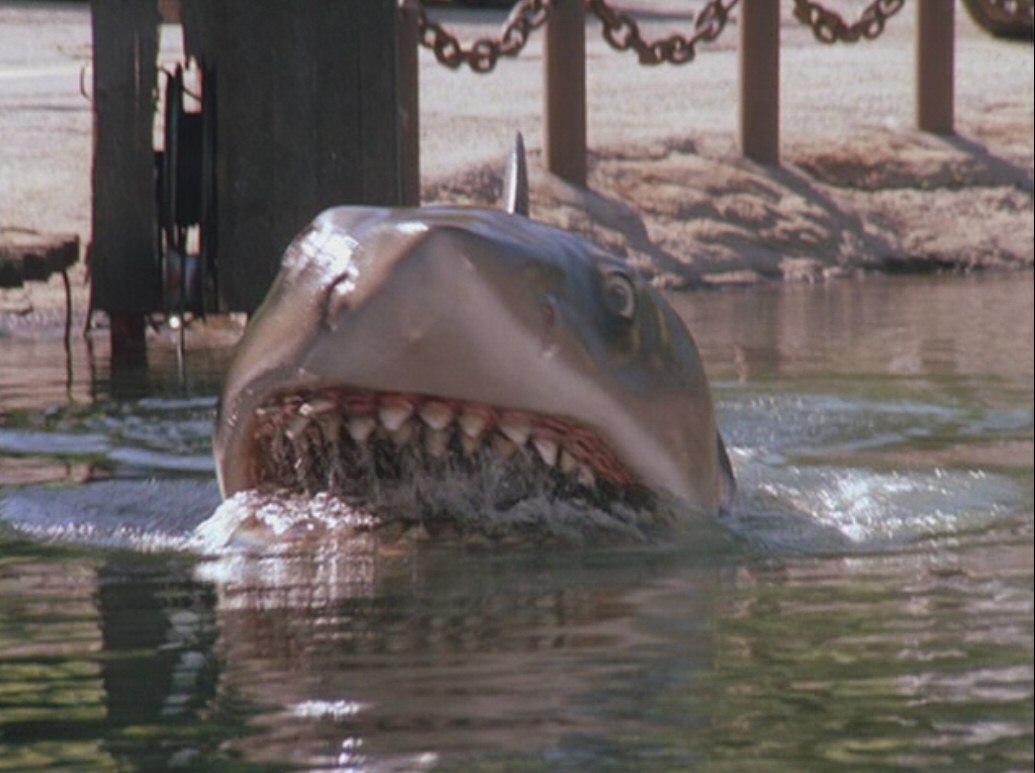