Blur guitarist Graham Coxon recently tweeted that the band is meeting up to talk about their future plans.  Noting, “Now off to see the Blur boys and have coffee and maybe switch a tape recorder on! We are having a meet-up, might get a guitar out.” 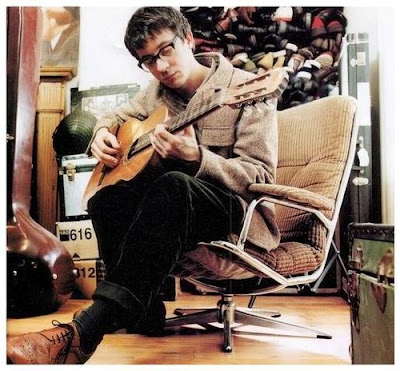 Late last year, NME reported that singer Damon Albarn had told them that Blur planned to meet up in 2011 to discuss future plans, though nothing firm was locked down at the moment. The band last released a single, 'Fool's Day', in April 2010 as a limited-edition vinyl for Record Store Day. Their last gig was headlining T In The Park, in Scotland, in July 2009. Until anything else comes to light, we’re all in the dark of course, but keep an eye out for future Blur news. In the meantime, Blur bassist Alex James has announced a music festival held at his Oxfordshire estate. The musician, who also doubles as a farmer, will host the Harvest event, featuring acts such as KT Tunstall, on his farm in Kingham, Chipping Norton from 9 to 12 September. It will serve as a sister event to a similar show being held by TV presenter, Jimmy Doherty, at his farm near Ipswich in Suffolk over the same weekend. James noted it would be a "celebration of food, the farm and music." The musician has developed a cheese-making business since Blur has gone into hiatus. He also worked as a broadcaster. He explained, "We'll throw open the farm gates for Harvest this September.” The festival will include cookery master classes, pop-up restaurants, gardening workshops, a farmers market and a children's field on James’ farm place. Notable food experts at the event will include Richard Corrigan, Mark Hix and Yotam Ottolenghi as well as Gardeners' World host, Monty Don.
Older Post
Newer Post