On June 27, Texas gold trader Milton Verret paid $1.8 million dollars for Michael Jackson’s iconic red and black leather jacket, made famous in the 1983 video for Jackson’s mega-hit, “Thriller.” The jacket is one of two that were made for the video and is in better condition than its twin, which is owned by the Jackson estate. This high-grossing piece of music memorabilia has us wondering what other classic clothing items would fetch a high price at the auction house. These are our guesses: 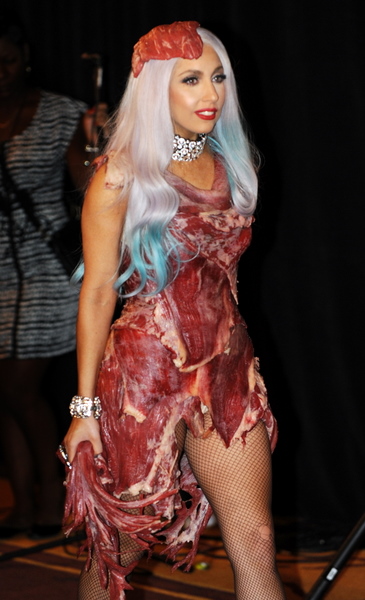 Lady Gaga’s Meat Dress: Gaga arrived at the 2010 MTV Video Music Awards in an outfit made entirely of meat.  Although her dress, shoes and hat were a gorgeous shade of blood red, Gaga grossed out a few fellow attendees, including a disgusted Justin Bieber who denied Gaga a hug in an effort to steer clear of her carnivorous ensemble. The dress is now on display at the Rock and Roll Hall of Fame, (in a refrigerated case, we hope), which leads us to believe that pound for pound, the gown would sell well in the memorabilia market.

Britney Spears’ Crystal Body Suit: Britney was at the top of her game when she performed her mash-up of “Satisfaction" and "Oops! I Did It Again” at the 2000 VMAs. Britney sauntered on stage wearing a sequined tuxedo, only to rip it off and reveal a flesh toned crystal pant and top set that inspired a million sit-ups around the world.  Despite all that Britney’s been through, that get-up still drives people wild. 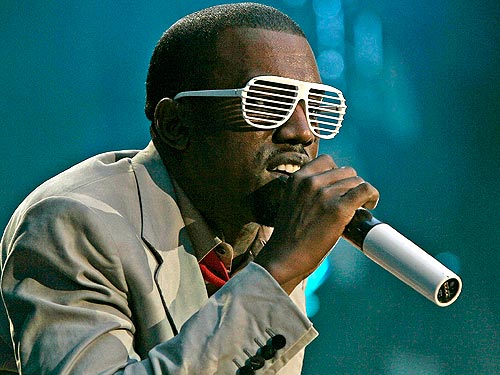 Kanye’s Stunna Shades: Kanye’s trendsetting window shade type sunglasses inspired fans around the world to purchase knock-offs of all colors. We just hope nobody actually tried to do anything that actually required eyesight while wearing them. Kanye’s original pair would likely have their seller seeing green. Jack and Meg’s Red and White Outfits: The White Stripes have been rocking a red and white wardrobe since the days when people thought they were brother and sister. (The enigmatic rock duo is actually a divorced couple). Their style grew sharper during the band’s ten years together, and by the time 2006‘s Get Behind Me Satan was released, they were primary color style icons as well as rock stars. We imagine an outfit from this bolero phase would fetch mucho dinero from an obsessed fan. Be Sure to Check out: Vitamin String Quartet Performs Lady Gaga's Born This Way