Our video director, Tom Bird, adds, “We wanted to create a video that reflected the isolation of each musician while depicting their creation of music as a reaction to their solitude.”

An All-Girl VSQ for Maroon 5’s “Girls Like You”

We just dropped a safe-at-home music video for our rendition of “Girls Like You.” Check it out below and stream it on our latest album VSQ Performs the Hits of 2020, Vol. 2, right here.

How We Became a Part of Bridgerton

If you’d like to learn more about our involvement in Bridgerton, we answered some questions in this great interview over at Nylon: “How Vitamin String Quartet Charmed The World With Their Classical Covers On Bridgerton”.

Stream the soundtrack to Bridgerton here!

The folks over at the Vox-produced podcast Switched On Pop had Bridgerton composer Kris Bowers on to talk about music in the series. You can hear the entire episode here or hear them discuss our rendition of “Thank U, Next” below. 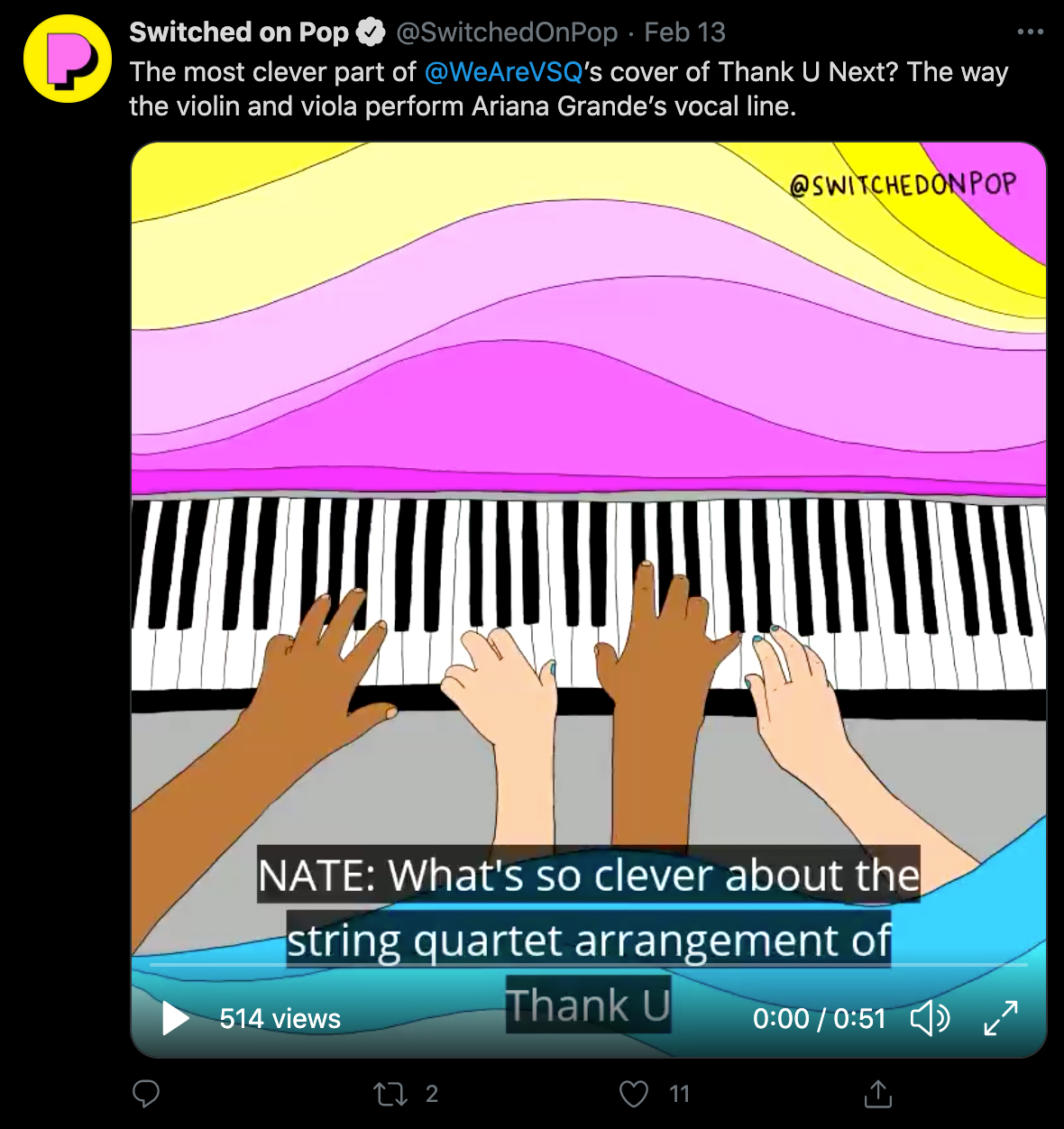 Lately, we’ve been enjoying the work of Grammy-nominated hip-hop violin and songwriting duo Black Violin. Check out their video below and read their songwriting tips here.