Between The Covers: Bob Dylan Edition

The Moondoggies –“You Ain’t Goin’ Nowhere” This song’s easily singable country chorus inspired many covers, from The Byrds in 1968 to Glen Hansard and Marketa Irglova in 2007 for the Bob Dylan biopic I’m Not There. It’s fairly impossible to even find the original song on YouTube. This one by Seattle folk rockers The Moondoggies has a simple heart, plain and true. With signature Dylan harmonica, piano flourishes and harmonies high and low, it’s hard not to find yourself humming along “Whoo-ee! / Ride me high / Tomorrow’s the day / My bride’s gonna come / Oh, oh, are we gonna fly / Down in the easy chair.”

The White Stripes – “One More Cup of Coffee”

Leave it to Jack White to bring out the dark and sinister in a Bob Dylan song. In fact, the minor edges of the tune tattered with eerie lyrics seem almost custom fitted to The White Stripes’ down and dirty rock: “One more cup of coffee for the road / One more cup of coffee ‘fore I go / To the valley below.” Once again, Bob Dylan boils down a convoluted love story to a bittersweet one-liner – one that Jack White strains to his vocal edge like a weary conquistador fighting a battle of reverb guitar and ghostly organ. He really makes you believe that one more cup will be his last. And you sure hope that it’s good.

Monsters of Folk – “Girl from the North Country”

Almost as immediately as you recognize the tune, you’ll recognize the three distinctive vocals that make up the indie supergroup Monsters of Folk – M. Ward, Conor Oberst and Jim James. M Ward sings the first verse with his signature gruff warmth, followed by Conor Oberst’s earnestly shaky tone on the second and rounded out by Jim James’ delicate intensity on the last. The three divergent voices then meld together over pedal steel guitar in the grand-finale chorus, just before they lay the song to rest with gently staggering syllables. 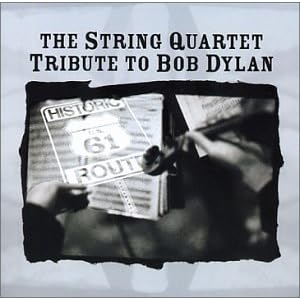